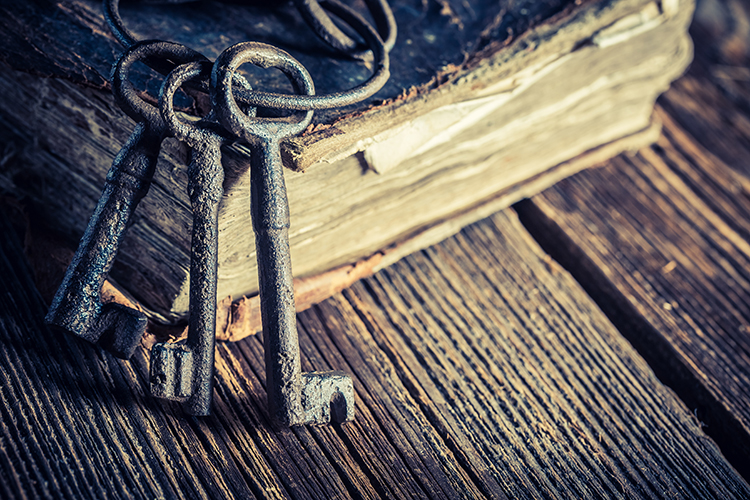 Are you prepared to put your puzzle-solving skills to the test? Gather a group of friends, family or your significant other and try your hands at an escape room. Escape rooms require you to collaborate well with your group, work under pressure, and solve all kinds of mind-boggling puzzles. With themes ranging from haunted asylums to ancient Mayan ruins, America's most impressive escape rooms are sure to get your adrenaline pumping. Do you think you have the skills to find your way out? Here are 10 of the best escape rooms in the U.S.

Whether it's with your significant other or a group of friends, Breakout KC is an awesome way to spend an evening out. With two locations, one in Park Place and another in River Market, Breakout KC has a total of 11 rooms. At the Park Place location, try their "Undercover" escape room which can accommodate 2-8 players and is rated at a difficult of 9 out of 10. During "Undercover" participants are hired by the FBI to identify a mastermind with a "devious plan" to "unravel the financial fabric of our country as we know it." At their River Market location, try the "The Hero: Protect the People," where participants will be tasked with stopping a delusional doctor from testing his unproven methods on the world.

Los Angeles' the Basement escape room is not for the faint of heart. But if horror is your thing, this escape room is just for you. A group of up to 10 people has just 45 minutes to solve their way out of the room of Edward Tandy—a cannibalistic serial killer. Participants are asked to gather a series of clues throughout the room. When the clues are collected and decoded, then participants will be able to escape. But the clock is ticking, and Edward Tandy's twisted game is no easy puzzle to solve. In addition to the Basement, Edward Tandy's story continues in their other spooky escape rooms: the Elevator Shaft, the Study, and the Courtyard.

Gather your friends, family members or coworkers and pay a visit to the 13th Gate Escape. This Baton Rouge escape room has been ranked among the scariest escape rooms in the country. If scary isn't so much your thing, try their Cutthroat Cavern room which is rated as having a "low" fear factor level. During this escape, guests will have to figure their way out of ancient Mayan caves before the tide rises too high. If you want to get your adrenaline pumping, try the Asylum room—rated as having an "extreme" fear factor level. During this game, you must rescue your friend Jenny after she gets captured by an evil doctor at an old asylum with a dark past. Guests only have one hour to solve their way out of these rooms, so it's important to work together as a cohesive unit.

Put your problem-solving skills to the test! At the Austin Panic Room, you'll have just 60 minutes to find your way out. With up to 10 people, try the "Cabin Fever" room. You and your friends will be "trapped" inside an old cabin when a ski vacation goes awry and a dangerous blizzard hits. Your group will have to figure out how to stay safe during these dangerous winter conditions. Austin Panic Room also hosts special events including corporate parties and private birthdays.

Do you have what it takes to solve Boston's most challenging escape game? USA Today's Readers' Choice named Boston's Trapology one of the very best. During the "Crush Depth" escape game, "a vengeful sea captain returns from the grave to commandeer his former vessel." It's up to you and your crew to bring the sinking submarine back to sea level before it's too late.

Atlanta's Mission: Escape has received accolades from TripAdvisor, Business Insider, and CNN. Your smarts and patience will be put to the test during these thrilling escape games. In Mission's game "The Study," the world's most coveted jewel has been stolen from the British Royal Family. Your squad has been tasked with breaking into a billionaire mastermind's mansion to steal the jewel back. You have just 60 minutes to do so. When time runs out, the billionaire comes home, and you'll be caught red handed.

At this Murfreesboro escape room, they've had 533 escapes and 1,282 "un-escapes," so your skills will certainly be tested here. Choose from a variety of awesome room themes including the Fallout, Pharaoh's Chamber, and Frankenstein. The story behind Pharaoh's Chamber is after returning to a dig site, you find it abandoned. When you go searching for your team, you get trapped inside an ancient pharaoh's chamber with no obvious way out.  Patrons will be required to climb a bit, there will be several "bumpables" (watch your head!), pointy things, and heavy stuff, according to their website. So get ready for somewhat of a physical experience.

At the Puzzah! location in Denver, guests will find a high-tech escape game experience. Four to eight players are welcome to give the 60-minute "I.R.I.S." room a go. It's rated as easy to medium. During this adventure, players will enter into another universe where time machines are everywhere. Unfortunately, their toxic fuel is poisoning the planet. A genius artificial intelligence called "I.R.I.S." has a plan to save the world—but they need your help. It's up to you and your team to carry out this plan.

USA Today called Cross Roads the best escape room in Southern California and the third best escape room in the country. When you visit, it'll be easy to see why. If you like creepy clowns, the Fun House escape game is for you. The level of difficulty is rated as "medium" with 40 percent of participants successfully solving it. The room is filled with all kinds of tricky illusions, putting your magician skills to the test. The cool thing about the Fun House is that it is open to all ages, so it can be enjoyed by everyone.

For fans of the "SAW" movie franchise, this Las Vegas escape room must be added to your bucket list. The twisted puzzles and games at this escape room are inspired by those in the "SAW" films. In short, they are very scary. Guests will enter in the historic Egan & Co. Meat Packing plant for an "after hours tour," only to find they are trapped inside a sick game by the legendary Jigsaw killer. This escape room is one of the largest in the world and will push your comfort levels to their limit.