10 Best Breakfast Joints in the U.S. 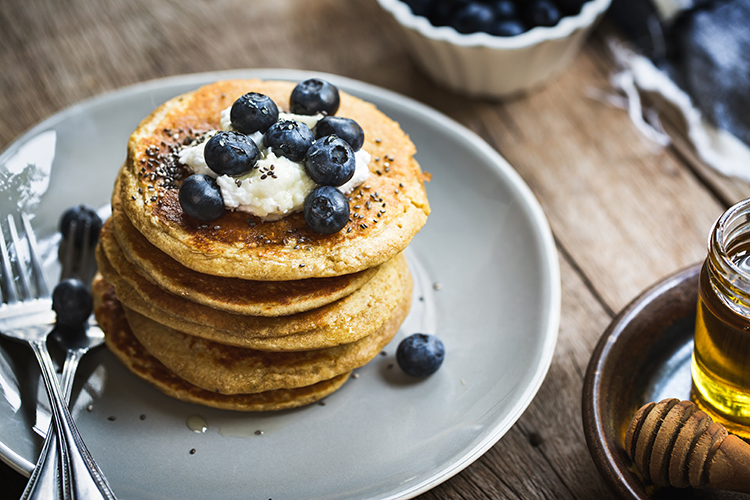 Fluffy pancakes topped with fresh berries and powdered sugar, locally-caught smoked trout and cream cheese on a bagel, steel-cut oats whipped up with vanilla and cinnamon, and now your stomach is rumbling. Have you eaten breakfast yet? Some might say that the success of your day hinges on having a tasty and satisfying breakfast. It's important to kick things off right. Whether you prefer your breakfast homemade and hearty like something straight out of your grandparent's kitchen or a light and healthy dish to give you a little morning boost, the best breakfast joints in the country cover all the bases. From Honolulu to Nashville, here are our favorites.

With accolades from Good Morning America, the New York Times, and many more, the Friendly Toast has been satisfying hungry customers since its opening. The Friendly Toast also has locations in Massachusetts (Cambridge, Boston’s Back Bay, Burlington), Bedford, New Hampshire, and Burlington, Vermont. Patrons rave about their pancakes which you can have plain or topped with your choice of blueberries, chocolate chips or bananas. All are served with whipped butter and powdered sugar. If you’re looking for something savory, try their huevos rancheros—two corn tortillas layered with refried black beans and topped with smashed avocado, salsa, two poached eggs, house tomatillo salsa verde, and feta cheese. Yum!

This cool cafe is worth a trip out to LA if you’ve never been. Locals and tourists alike can’t get enough of Sqirl. Once inside, you'll see that the décor is simple and minimalist, but the food is anything but. Try their brioche French toast which is stuffed with jam, topped with maple syrup, and served with creme fraiche. If you want something with some veggies and protein, try their sorrel pesto rice bowl. The dish is made with Kokuho Rose brown rice, sorrel pesto, preserved Meyer lemon, lacto-fermented hot sauce, watermelon radish, French sheep feta, and poached egg. Add bacon, kale, and avocado if you’d like, too.

If you’re searching for a completely and utterly classic breakfast joint, Iowa City’s Hamburg Inn No. 2 is your spot. No frills, hearty eats, and tons of history are just a few things that define this decades-old joint. For something sweet, order their sweet potato pancakes. For something savory, order one of their delicious omelets. The Hawkeye Hog omelet comes with sausage, hash browns, American cheese, and is smothered in country gravy. Do not leave without ordering one of their signature “Pie Shakes.” People come back again and again for their strawberry rhubarb pie malt.

New York City might have its share of top-rated breakfast joints, but we’re taking a trip upstate to Phoenicia in Ulster County, New York, for some down-home breakfast eats. The Phoenicia Diner has been around for more than three decades, serving customers from all over the country. The thing about Phoenicia that stands out though is that they take those traditional diner dishes and put their own unique and modern spin on them. Ingredients are always fresh and seasonal. If you’re into fish, try their locally-smoked trout or lox on a bagel—served with scallion cream cheese, red onion, and capers on a Brooklyn bagel. For those with a sweet tooth, try their mouthwatering buckwheat pancakes which are served with fresh fruit and local maple syrup.

Expect nothing but the highest quality ingredients and service at the Laundry in Fenton, Michigan. Behind the restaurant, the Laundry has an organic garden that supplies the kitchen with fresh herbs and vegetables throughout the warmer months. They even have a bee hive on site that is used to collect honey for both the kitchen and the bar. Try their “Bacon n’ Brie” hotcakes. This stack of perfectly fluffy pancakes is made generously with Applewood-smoked bacon and delicious melted brie. On top? Apple cinnamon compote and 100 percent pure maple syrup. For a veggie-heavy dish, we recommend the Hungry Hippie skillet which is served with polenta, roasted zucchini, yellow squash, red onions, bell peppers, fresh tomatoes, and goat cheese. The dish is oven baked and then topped with over-easy eggs and a housemate Spanish romesco sauce.

This Honolulu hot spot knows how to do breakfast the right way. Here, it’s all about wholesome food. It’s all about the kind of recipes you’d share with your friends and family. Favorites at Cafe Kaila include the cinnamon French toast which is made with three slices of sweet bread dipped in egg batter, cinnamon, and vanilla, and dusted lightly with powdered sugar. The dish can also be served with bananas, caramelized apples or fresh blueberries and strawberries. Guests also love their smoked salmon Eggs Benedict. At Cafe Kaila, expect authentic and friendly service and good vibes.

Did somebody say Southern comfort food? That’s precisely what you’ll find at Puckett’s Grocery and Restaurant. This Nashville staple has an old general store type feel that is wonderfully casual. For a hearty dish in a cast iron skillet, go for their Southern Stack—two sweet potato pancakes topped with pulled pork, fried apples, a sunny-side up egg, and served with a heaping helping of home fries. For a little something small and simple, be sure to order their biscuits and gravy. These fresh and indulgent biscuits are smothered with a to-die-for sausage gravy that people cannot get enough of. You might want to come back later in the evening: Puckett’s regularly hosts awesome live musical performances.

Milktooth both challenges conventional culinary choices and pays homage to its local, down-home roots. This hip and modern Indianapolis breakfast haven utilizes local produce and agriculture of Indiana in its creative breakfast and lunch dishes. Everyone raves about their Dutch baby pancakes. Try their peach variety, which is served with peaches, raspberry whipped creme fraiche, and candied pepitas. Another fan favorite? The cranberry walnut grilled cheese with gouda and raclette. The sandwich is served with black truffle honey and local sunny duck egg.

At Sleepy Bee, it's all about community. On their website, it is described as "a gathering place that offers locally sourced sustenance—food that tastes, makes you feel, and is, good." Kick off your morning here with one of their delicious breakfast sandwiches. The Queen City Bee sandwich is made with goetta, apple, arugula, broken yolk egg, and "nectar" sauce on ciabatta bread. For a light and healthy bite try their other favorite: Vanilla almond oats made with steel-cut oats, chia seeds, coconut milk, vanilla, cinnamon, and topped with toasted coconut, bananas, and blueberries.

Did somebody say fresh homemade breakfast served all day long? That's exactly what you'll get at Clary's Café in Savannah, Georgia. The nostalgic atmosphere and friendly staff make this place a warm and welcoming spot to enjoy your first meal of the day. Their out-of-this-world freshly-made corned beef hash is a must (they're famous for it). For a sweet-tooth satisfier, order the malted waffle which is topped with pure Georgia cane syrup and butter. Add ham, bacon or sausage if you please. If you want to try an authentic Southern treat, order the Victorian—fresh-baked buttermilk biscuits slathered in Clary's rich homemade country sausage gravy.